On this blog, I have written several articles about being, as I put it, a “Half-Assed” minimalist. And, while I have briefly touched on some of my background, I didn’t really get into the meat of the issue.

I am doing that today. It will be uncomfortable, but if I can help even one person, it will be worth it.

I was raised as a child of the upper-middle class. My family had a huge, beautiful house, a swimming pool, a fireplace, Jacuzzi tub, plus I had a big room of my own and all the toys you could possibly want. My dad was the primary breadwinner, and valued money over all else, even, as we would learn, over his child and marriage. When my parents got divorced, my dad hit my mom right in his favorite spot: the pocketbook. His narcissism and selfishness dragged the divorce on for years and left my mother and I so poor, we could have qualified for food stamps.

My mother wasn’t about to let that happen, and, through her own hard work, scraped up enough to buy a house. Though I never went hungry or lacked clothes or shelter, there were some rough years, and I thought that a lack of money was the source of all our problems.

I worked some pretty crummy retail jobs when I was younger, until I finally was able to use my schooling to land better and better careers. I had already fallen victim to the idea of retail therapy. It provided a fast, cheap shot of endorphins that made me cheer up and not have to deal with the real issues, which were too painful. It didn’t help that society had changed drastically since I was young, and was now a full-fledged consumer culture. I remember thinking, “At least I’m not THIS bad.” as I watched yet another outrageous YouTube shopping haul video.

I didn’t want to think that I was well on my way to being “that bad”.

By the time I was offered the position I have now, I was deep into the same consumer culture. This job also happened to pay a lot more money, so my happy self proceeded to go crazy. I bought makeup, stacks of books, piles of clothes. I didn’t have the room for it, and a part of me knew I should save my money, but didn’t I deserve it? Didn’t I have the right to indulge myself after those lean years? I used this mindset to brush off the nagging voice in the back of my mind telling me to stop.

When my husband and I got married, and our income combined, I grew even worse.

I finally realized I wasn’t even getting the endorphin rush anymore. Shopping began to make me feel cranky and stressed. Instead of being pleased with my purchases, I felt like crying. Yet, despite this, I couldn’t stop. It had gone from a pastime, to an almost frantic compulsion.

I was lucky enough that Mike and I made enough money for me to pay off my credit card, but I knew if I wasn’t careful, I would go too far.
I had managed to keep things under control for awhile, but it was quickly getting to be an issue. My lowest point was when I had to go to my husband and admit that I had racked up hundreds in charges. I was so ashamed of myself. I wanted to build a life with Mike, but instead, I was wasting our money on bullshit. The things I purchased weren’t making me happy. They were weighing me down, making me depressed. I was neglecting my passions because I was chasing some sort of idea that money could actually buy happiness.

My husband, who is probably the kindest man I’ve ever known, was gentle and patient with me. We paid off the debt. That same day, I dug into my possessions and started to clean out.

I had to be very honest with myself. I had to admit that I turned to shopping because my father had shown he loved money most, which led to my own unhealthy relationship with it. I had to admit that I was using shopping as a hobby to replace art, because I was afraid that my creations would never be good enough. I had to admit that seeing how hard my mom worked, and how much she sacrificed, made me think that being in a better place would mean I could justify the spending.

I would like to tell you that I am completely cured, but I am not. I am undoing years of this, and I can’t expect myself to be fixed in a matter of months.

The things I own have been whittled down to probably 15-20% of what I once owned, but I would like to make it even smaller. My debt on my credit card is under $100. I am learning to recognize what triggers me —-a stressful day at work, an argument with a family member —- and find safe ways to decompress that don’t involve reaching for my purse. I’m back into my art again, both drawing and writing. I completely unsubscribed from every YouTube channel, blog, or podcast that centers around shopping, and now only follow a handful of accounts that I feel encourage personal growth. Lastly, I am embracing spirituality again, which has offered me peace.

It sounds so cliché, but when I look back on the person I was a couple of years ago, I can’t believe how much I have changed.

My sincerest wish is that anyone who is struggling with the same thing will read my words and not feel so alone. You can do it. Get a support system, talk to a therapist. Shopping addictions are not cute, or a joke. They are real and they hurt people.

Don’t let yours hurt you anymore. I want to see where you are, a year from now. 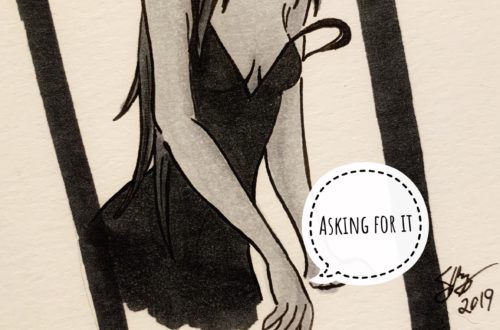 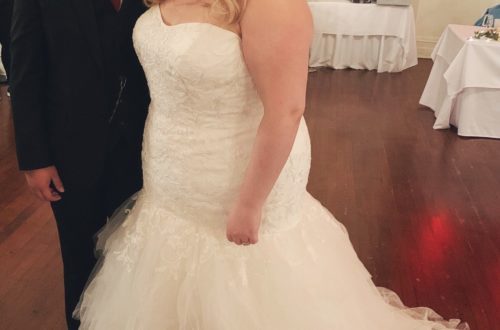