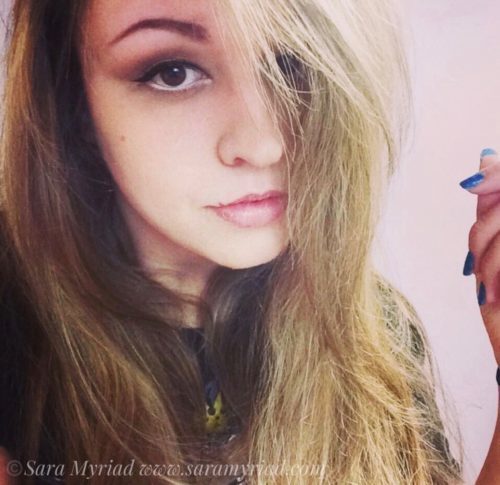 The photo at the beginning of this post was taken back in 2015. At the time, there were two distinct Saras: the one who was always made up with eyeshadow, mascara, winged eyeliner so sharp it could kill a man, her hair perfectly in place. There was also the Sara I never let anyone see, aside from a few family members. The one who didn’t fill in her eyebrows and who (I thought) was a mess.

I had been awkward as a kid and never thought of myself as attractive while in school. I was envious of the thin, popular girls with their false eyelashes and bronzed skin acquired from the tanning salons. I started experimenting with makeup. As my proficiency grew, people began to compliment my looks, and I finally felt like I was good enough.

My skin is classic combination skin, meaning it is very oily in the T-Zone area and dry elsewhere. It’s also sensitive, a trait that was growing worse the older I got. I was stressed because every time I turned around, new products were being released, and maybe this time I would find my Holy Grail and never need to buy anything else. Summer was also my nemesis, making my foundation shiny and my mascara smear, no matter what the hold sprays promised on their labels.

The first year my husband and I were dating, I wore a full face of foundation, blush, and powder to go hiking.

I knew it was stupid, but I had fallen into the trap of believing I wasn’t attractive unless I had makeup on.

Our second year together, I finally had had enough of sweating to death in the summer and worrying over if my face was staying put. I went makeup-free, and, over a year later, I am still sticking with it. I now put on a full face of makeup about 1-2 times every few months.

It was incredibly awkward at first. I felt like every single time I left the house, people were staring at me and wondering who the girl with awful skin was. Work was easier, because I am in an office with other women, many of whom don’t wear makeup, but I felt anxious every time Mike and I went out.

I was determined to stick with it though, and as time went on, I found that it did get easier. I loved that it took me less time to get ready in the morning, and that my skin, now over the initial adjustment period, was clearing up.

Going makeup-free was one of the best decisions I’ve made. I have the freedom to rub itchy eyes or snuggle with my face buried against my husband and not worry about product being transferred. It’s forced me to invest more time and effort into my skincare, as well as my diet. When you’re not covering up everything, it’s much easier to see how things like a lack of sleep or too much sugar affect your appearance. Best of all, I’ve realized that people aren’t paying nearly as much attention to me as I worry they are; I no longer feel like I’m constantly being scrutinized, because my confidence has grown. What you see is what you get: pores, freckles, dark circles, and all.

There’s no longer the “attractive” Sara and the “plain” Sara, there’s just me—-a slightly awkward/nerdy artistic writer, with a soft spot for animals and elderly people, and a penchant for metaphysics. These things do not change based upon what I put on my face. And when I do wear makeup, it makes me feel especially dressed up and fancy.

However, the Universe certainly has a sense of humor, because now if I wear makeup, I can only stand it on my face for a couple of hours before I want to wash it off! 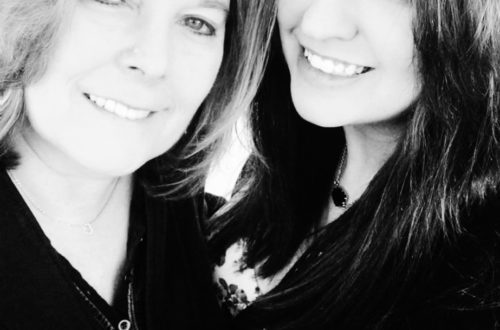 I’m Adopted, but My Mom is Still My “Real” Mom 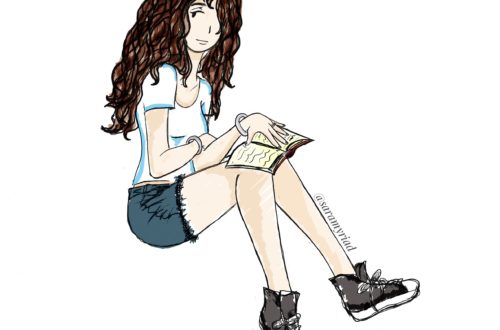 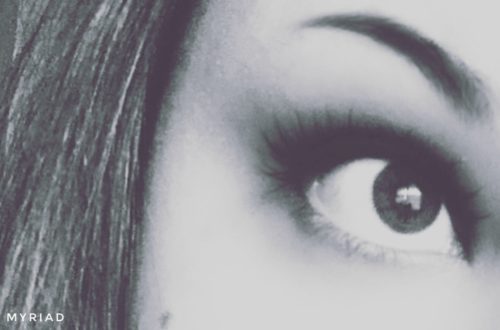